Discover Charente’s Michelin that will enchant your taste buds in France. Taste local dishes in exceptional places. Charente brings to mind the ocean, charming towns and villages, and unspoilt nature. Also, it’s a cuisine honored by its restaurants ’Michelin stars. Here’s a short tour of the galaxy of Charente and Charente-Maritime’s Michelin-starred restaurants.

“Fisherman chef” and La Rochelle native Christopher Coutanceau is the only Charente-based chef with three Michelin stars. Raised in La Rochelle, he inherited his passion for the sea from his grandfather. His love of cooking came from his grandmother, Guiguitte. Unsurprisingly, he draws his inspiration from the ocean. He can be found each morning at the La Rochelle market auction, selecting the best produce the sea has to offer. Overlooking Concurrence beach in La Rochelle, his restaurant offers panoramic views of the ocean. This architectural and gastronomical experience will take you to the heart of the marine world.

In La Jarrie, not far from La Rochelle, recent star chef Nicolas Durif welcomes you to his restaurant, L’Hysope. Originally from Alsace, Nicolas Durif inherited his passion from his grandmother. A resident of Charente-Maritime for around twenty years, he received his first star just two and a half years after opening his restaurant. He loves to combine the exceptional products he finds on his travels with products from Charente’s own terroir, like his unmissable bull fillet, paired uniquely with salty sea flavours.

Another record is held by one of Charente’s Michelin-starred restaurants : Thierry Verrat, chef at La Ribaudière in Bourg-Charente, has received a Michelin star for 22 consecutive years! For the 23 years he has spent at the helm of his restaurant, which is located in the midst of a cognac vineyard, the chef has worked in close partnership with local producers and is continuously putting a new spin on their exceptional products. You’ll be tempted by the steamed and roasted crispy-skinned Barbezieux chick with stuffed eggs, or the barrel-smoked Gensac-la-Pallue brown trout. And if you want to share Thierry Verrat’s passion and expertise, book one of his culinary classes! 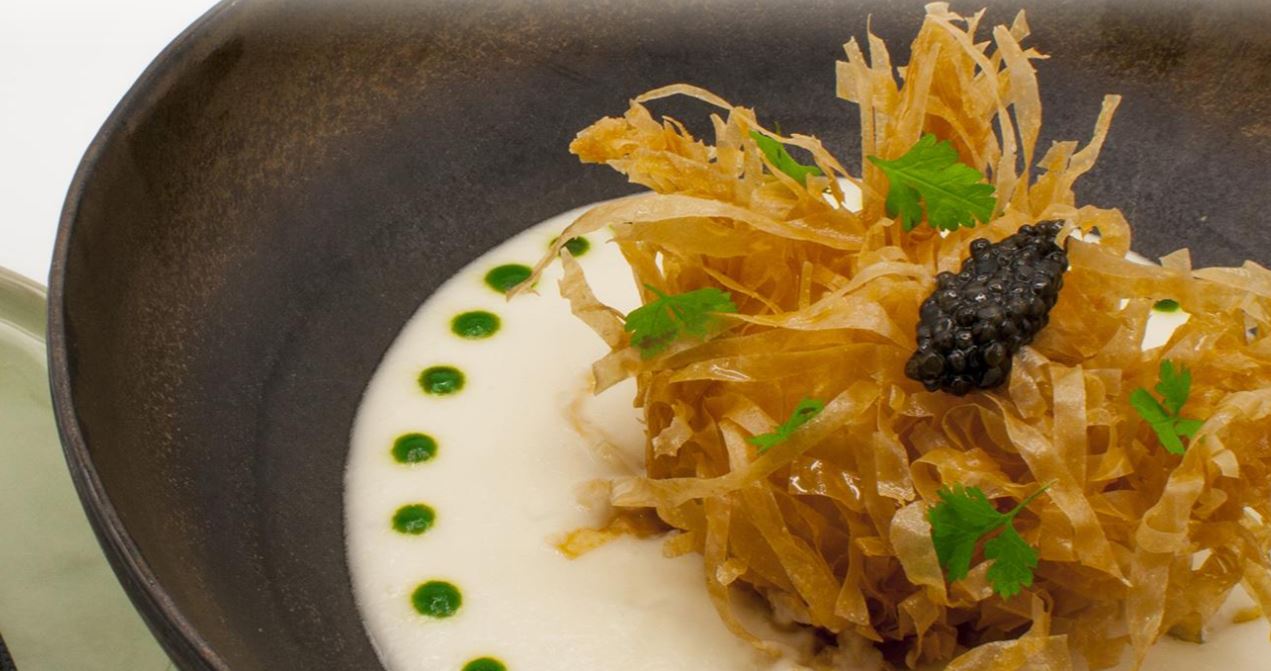 Head to Breuillet, near Royan, to discover another of Charente-Maritime’s Michelin-starred restaurants, L’Aquarelle. After many years of globe-trotting, Xavier Taffart could no longer resist the call of his homeland; this oyster farmer’s son opened his restaurant in Breuillet, just a few miles from his home village, and received his first Michelin star in 2010. Against a backdrop of contemporary decor, this chef offers modern and inventive cuisine directly inspired by his roots. And if you fancy sharing the art of cooking with Xavier Taffart, sign up quick for his next cooking class! 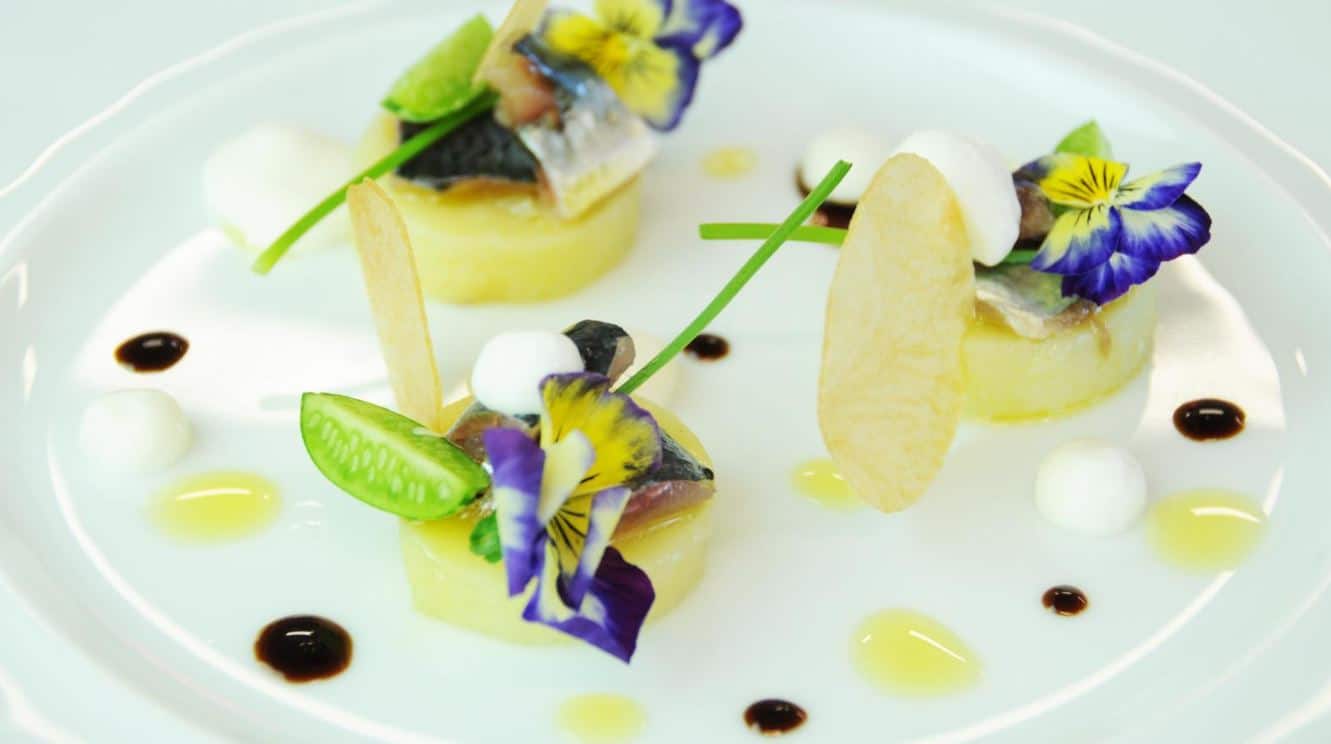 Le Moulin de la Tardoire at Montbron also has a Michelin star – recognition for the cuisine on offer in this restaurant that is both gastronomic and for gourmets.  The setting beside the river and close to two 15th century châteaux is delightful.  Chef Matthieu Brudo and his team propose local, seasonal produce that are enhanced by their talents and skills.  A notable address to enjoy a unique moment during a particularly delicious meal.  Go ahead, spoil yourselves!

Guillaume Veyssière got his first star in 2021, just one year after opening.  He likes to say that in the Charentes, we have the best ingredients to invent tasty dishes that blend creativity and regional traditions: “We’ve got everything here.  Venison raised at Eaux-Claires, veal from Chalais, snails, wild hawthorn and juniper that I use to macerate pork fat, matured in a marble cellar.  From farther away come shellfish, oysters from Marennes and the excellent fish from the port of La Cotinière …” 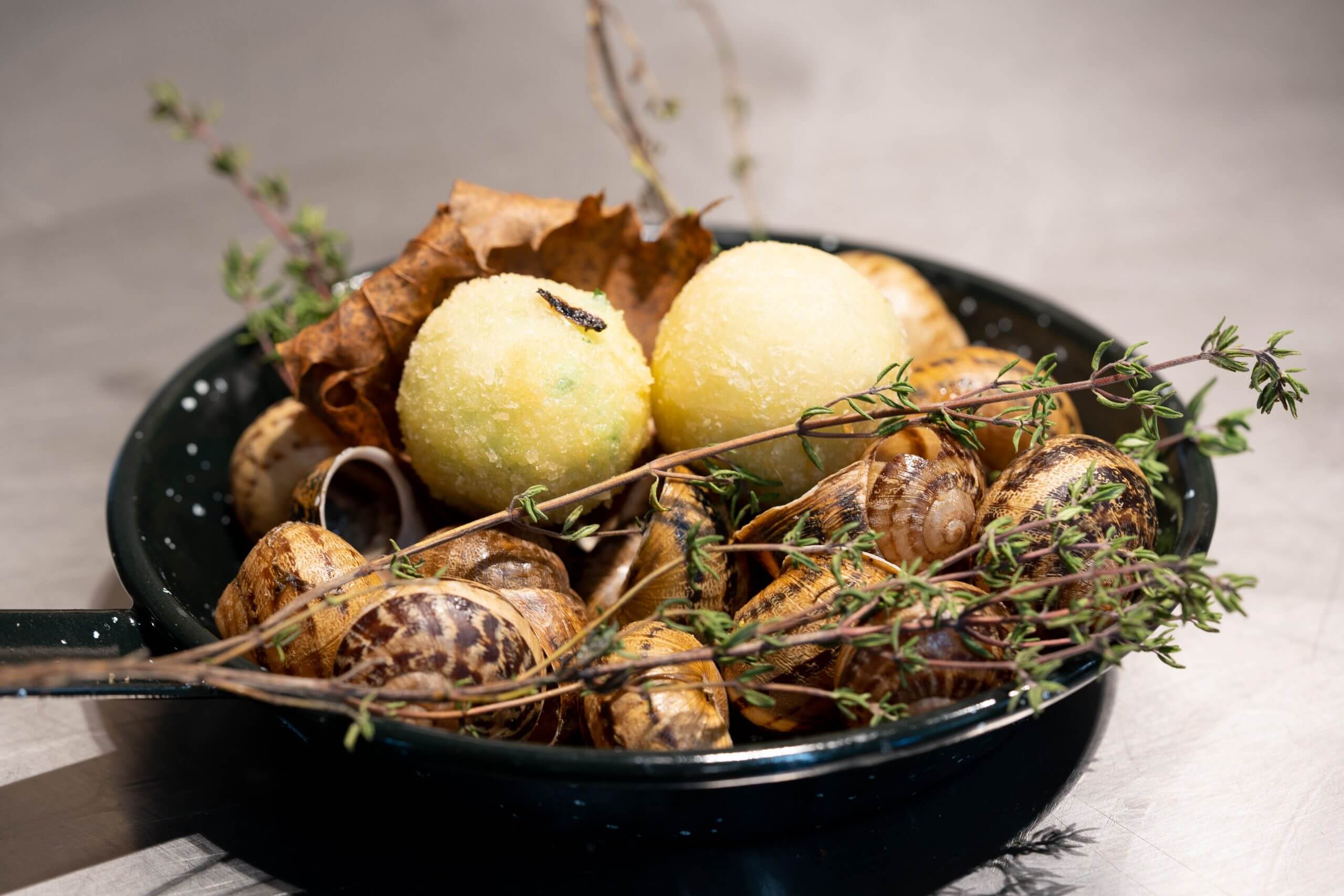 But the Sources de Fontbelle is not just one of the best tables in Angoulême.  In fact, it’s a unique, authentic spot situated on the Eaux-Claires chalk cliff, in the heart of nature.  Choose from two restaurants: gastronomic or bistro.  Chambres d’hôte are also available if you want to spend the night … or longer.

A newly crowned one star restaurant in the heart of Cognac.  Chef Marc Antoine Lepage shares his love for local Charentais cuisine that is both creative and gourmet in the gastronomic restaurant Les Foudres, part of the luxury hotel Chais Monnet & Spa.

Situated close to the most prestigious and beautiful cognac houses, the Chais Monnet & Spa ***** Hotel is a major luxury setting for all visitors to the Charentes.

L’Hysope and his chef Nicolas Durif