750 kms of water-side cycle paths, firstly along the Gironde estuary, then the   Canal de la Garonne and finally the famous Canal du Midi.

Travelling the Canal des 2 mers by bike in Charente-Maritime is a great way of undertaking this nationally-famous route – and of enjoying the stunning sight of Europe’s largest estuary!
The story begins where the waters of the Gironde River and the Atlantic Ocean meet. The estuary is a place where countryside and seaside come together and where calm reigns supreme.

Every corner and every bend throw up new and ever-more beautiful perspectives upon this wild and wonderfully unspoilt natural habitat.

The Charente section: from Royan

Make the most of the town of Royan before saddling up! Travel back in time to the 50s with a tour of the local architectural highlights. Visit the phare de Cordouan, the oldest active lighthouse in France (some people say there’s nothing quite like it anywhere on the planet!), or just sunbathe on one of the many local beaches! In any case, you’ll definitely have to take a dip, because your next chance won’t be for another 750 km!

Everyone likes to get off to a good start, so it’s good to know that this trip commences with a well-shaded cycle path running alongside the sea – not a bad beginning!
You’ll soon enter the forest of Suzac, a kind of transitional zone between the oceanic and riverine environments.

Then you’ll need to change down the gears to tackle hillier country and even get to the top of some limestone cliffs. Erosive forces have also led to caves being formed in this area – the most famous of which are at Meschers-sur-Gironde – an absolutely amazing sight! 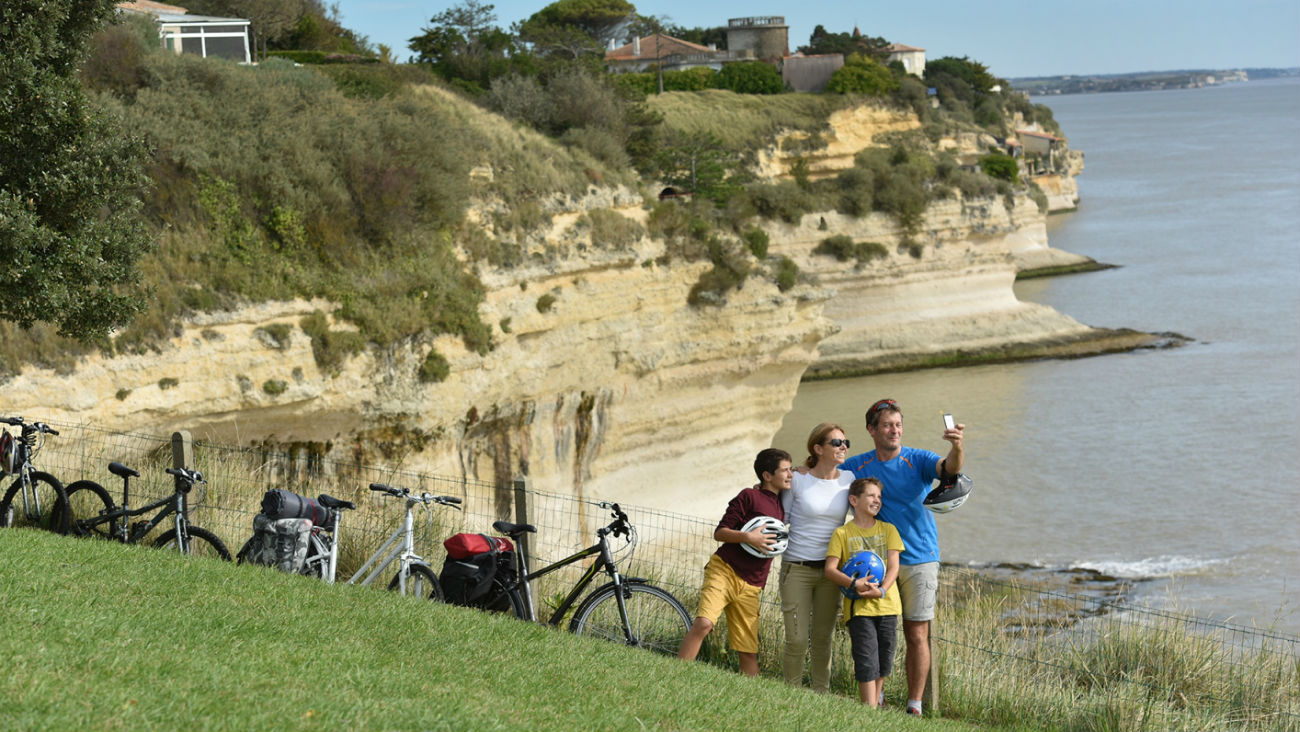 The route continues through Talmont-sur-Gironde, a short distance away. It’s easy to see why this medieval town, perched on a rocky spur overlooking the Gironde estuary, is a member of the Plus Beaux Villages de France (most beautiful villages in France) association. Don’t forget to take a selfie at the cliffs of the falaise de Caillaud, with its picture-perfect backdrop. 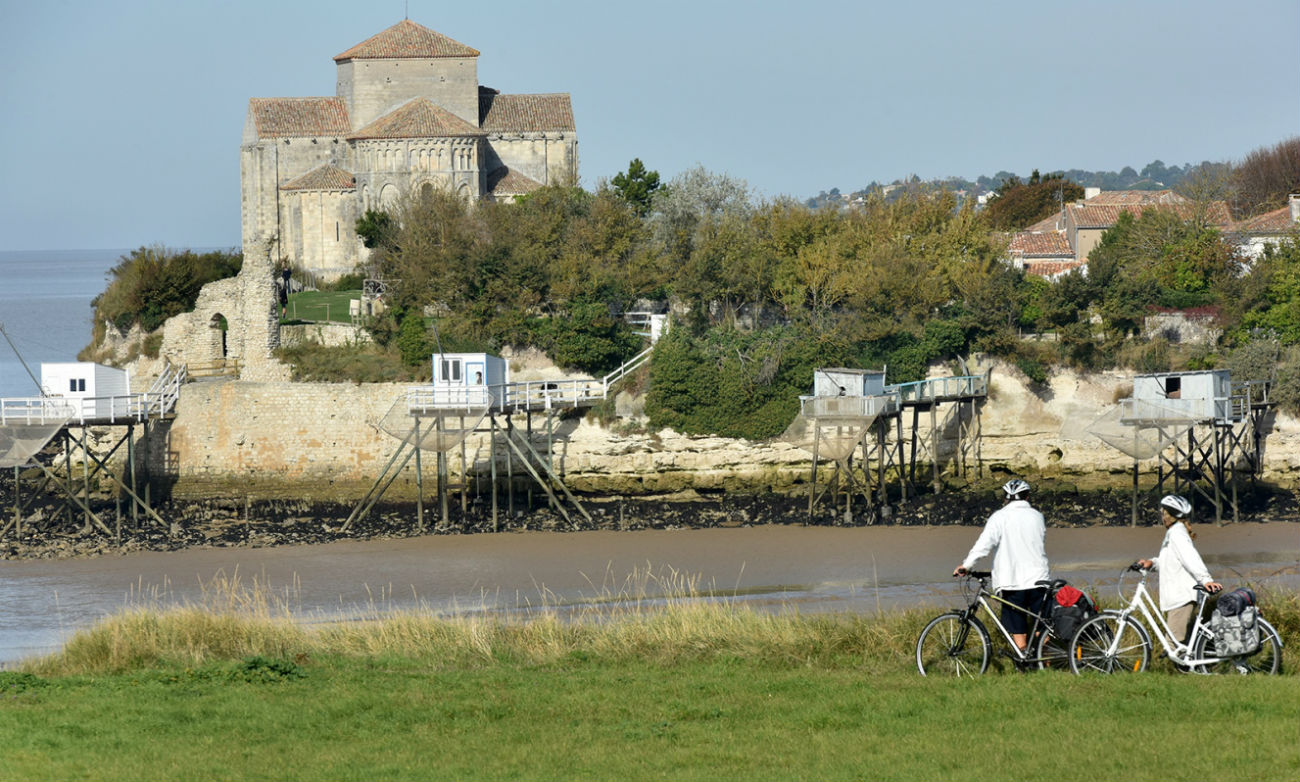 The route continues to Vitrezay and the local nature reserve (Pôle Nature), where you’ll discover an array of activities aimed at unlocking the secrets of the estuary and the surrounding countryside, not to mention showcasing the stunning scenery of the Charente-Maritime.

Enjoy your journey by bike along the canal des 2 mers