Off the beaten track

As a family, a couple, with friends or alone, cycling is the best way to explore the many sides of Charente. Set off on a bike trip, or why not embark on a grand tour along one of the five cycle routes in Charentes? Whether you choose to travel along the Atlantic coast from La Rochelle to Royan, explore the countryside up to the hills of Périgord or wander through the Charente valley. Charente’s cycle routes will transport you through a mosaic of unspoilt nature and charming towns. And because they use many car-free trails, you can travel with peace of mind. So stick your helmet on and get pedalling!

The Scandibérique ®, on the Camino de Santiago

The Scandibérique (the nickname for the French section of EuroVelo 3) links Trondheim, Norway, with Santiago de Compostela, Spain. Spanning 5,122km (of which 1,790km is in France), it follows the routes taken by pilgrims to Santiago and crosses Charente. From Charente Limousine to Château de la Rochefoucauld, via Angoulême and southern Charente, all the way to Upper Saintonge. This fantastic itinerary reveals rolling countryside and Charente’s villages. And if you’re left wanting more, you can always continue your journey in Galicia! 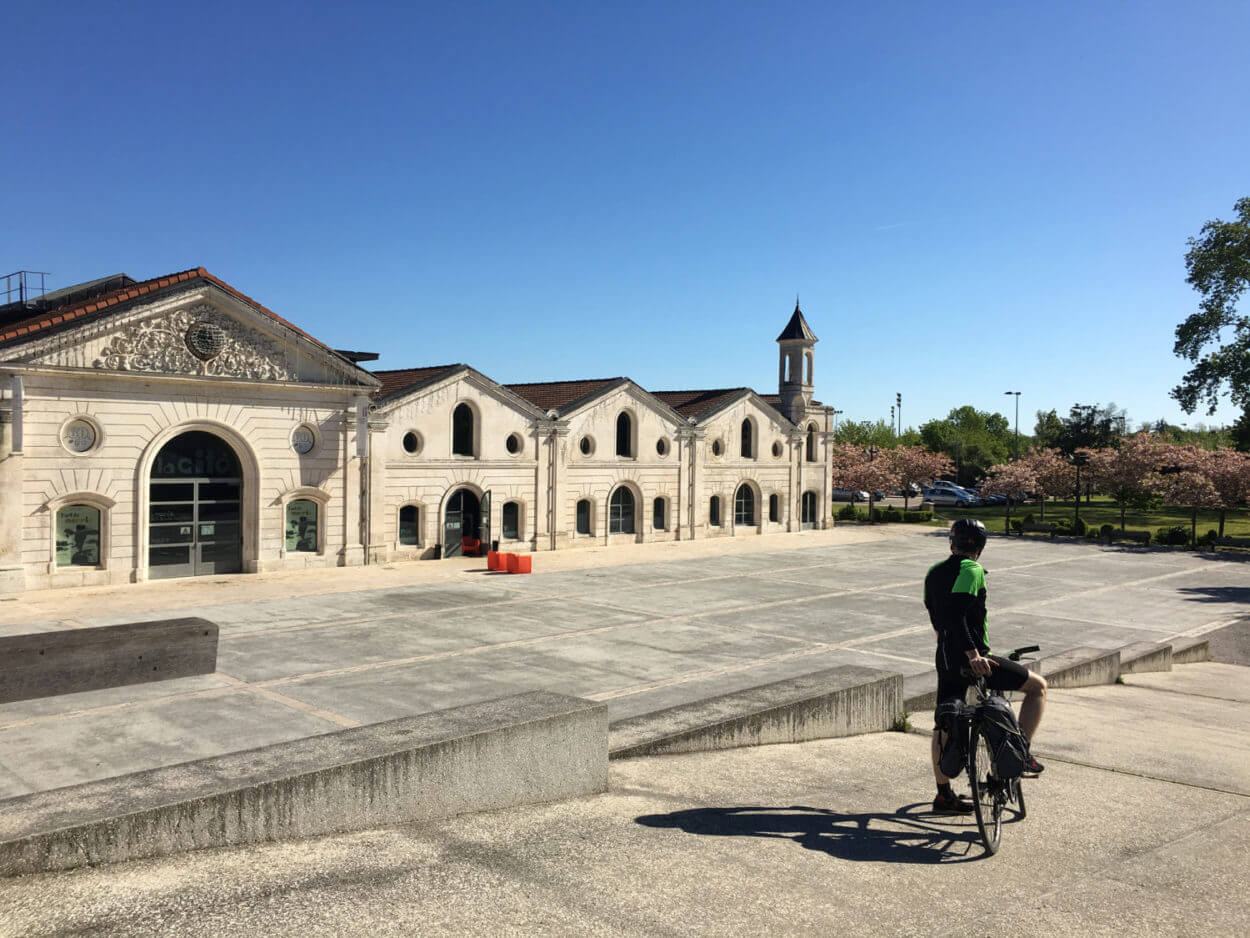 The Flow Vélo ® links Thiviers, Dordogne with Île d’Aix in the Atlantic Ocean, along the Charente valley. This brand new national route unfurls gently for 290km along the meandering river. It is connected to Vélodyssée ®, Scandibérique ® and the V90, as well as the Tour de Charente. 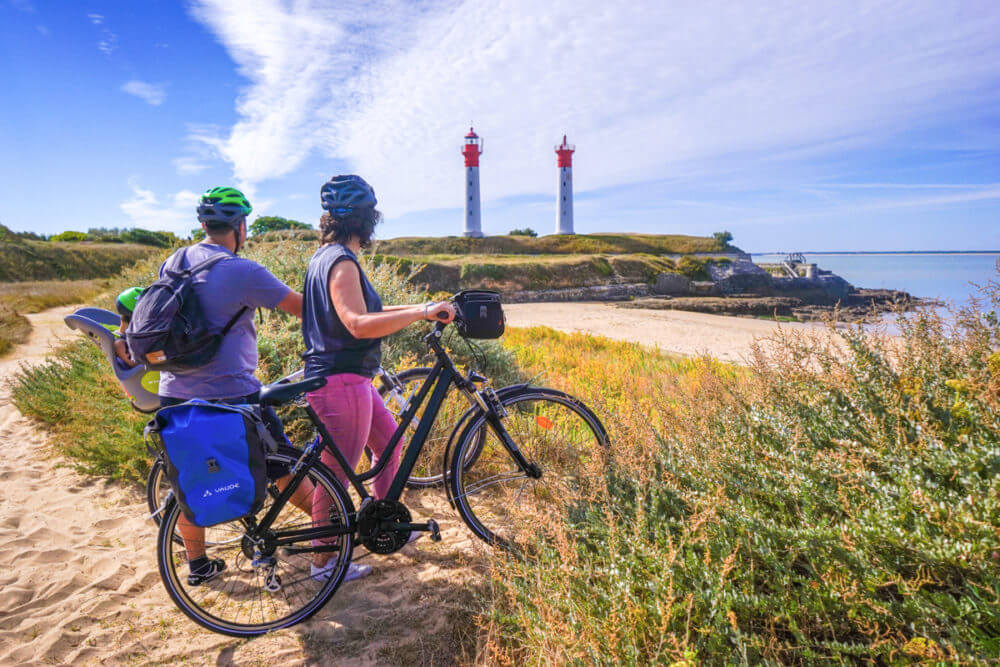 Vélodyssée®, freewheeling along the Atlantic!

Vélodyssée ® offers more than 1,200km of cycling between Roscoff and Hendaye, including 150km along the Charente coastline. Get on your bike and head off on a journey with the Atlantic as your backdrop! From the ambiance of the Poitevin marshlands to the sea spray of the Wild Coast, from the history of La Rochelle to the history of Rochefort, from the belle-époque villas of Châtelaillon-Plage to the 1950s architecture of Royan, from the oyster farms of Marennes to the Seudre marshlands, your journey will be endlessly varied. It’s no accident that Vélodyssée® was voted “Cycle Route of the Year 2017”! And if you still want more, continue your adventure. Vélodyssée ® is “just” the French part of the 8,200km that make up EuroVelo 1, between Norway and Portugal.

Travelling along this 600km bike route between Ouistreham and La Rochelle. Rediscovering forgotten flavours. Falling for the charms of the towns and villages that dot the French countryside. It is a retro way of exploring France. The Charente section of the Vélo Francette ® is the last leg of this national route. After leaving Marans, gateway to the Poitevin marshlands (where the Vélo Francette® links up with Vélodyssée ®), you’ll follow the canal to the old harbour at La Rochelle, mainly along tranquil green trails.

The Canal des Deux Mers (Two Seas Canal) by bike, from the Atlantic to the Mediterranean

Linking Royan and Sète, this 750km cycle path along the canal gives you an indelible taste of the Mediterranean. Before departing, enjoy a stroll around Royan and a dip in the ocean – it’ll be your last time in the sea until the Mediterranean! The start of the route takes you along the cliffs overlooking the Gironde estuary, all the way to Vitrezay and its nature park. Warning: the stunning scenery at Europe’s biggest estuary might take your breath away! 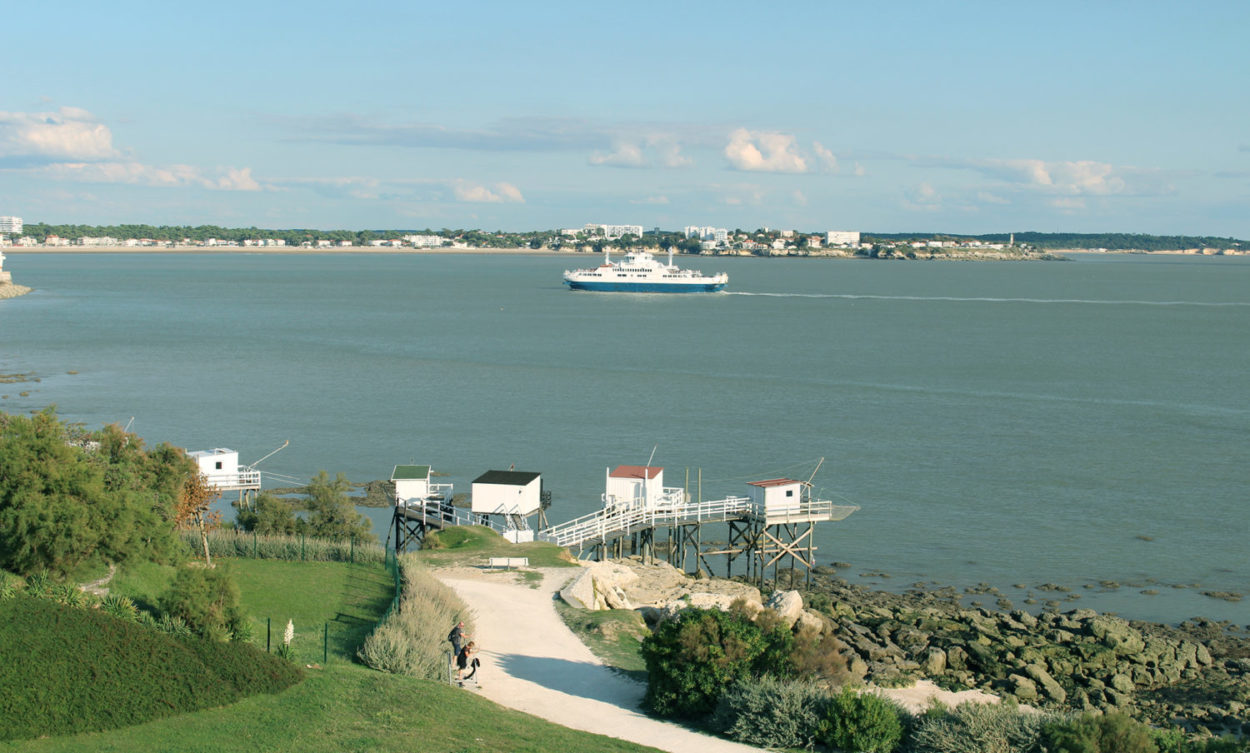 Cycling connected: create your itinerary with Loopi (in French)

This is a truly practical, connected solution that lets you explore existing itineraries, or create a personalised one and find nearby hotels, restaurants and tourist sites.