Are you looking for ideas for a weekend family outing in Charente-Maritime?
Located 15 km east of Saintes in the municipality of Saint-Bris-des-Bois, l’Abbaye de Fontdouce is an attraction offering activities that range from the cultural to the fun and the sporting.
Whether you’re interested in the abbey’s incredible built heritage, strolling in the formal gardens. Enjoy treasure hunts and the outdoor activity centre, ‘Parc Aventure’. You’re really spoilt for choice when you have a day out at the Abbaye de Fontdouce. It’s a great place to plan a themed family weekend!

Soak up the arts in a 12th century abbey

Concealed behind a thick belt of age-old oak trees in the hollow of a valley, the Abbaye de Fontdouce is a real hidden gem. The abbey is surrounded by vineyards and ancient woodland, creating a peaceful scene and a sense of tranquillity.

The history of the Abbaye de Fontdouce

The abbey is founded by the Lord of Taillebourg in 1111 by the banks of the ‘Fontaine douce’ stream. It remained a relatively small institution for the first few decades of its existence. From the 13th century on, the Abbaye de Fontdouce grew in wealth and a second cloister was added to the first. The abbey was at its height between the 13th and 16th century.

Confiscated and sold off by the state after the French Revolution, the site was turned into a farm. It was still operational up to the 1960s. The first renovation work on the Abbaye de Fontdouce began in 1970. Gradually the site as a whole is being restored to its former glories.

The key architectural elements of the abbey were preserved, hidden away behind the walls of a 19th century manor house. It’s composed of the main abbey building with two Romanesque chapels built one on top of the other, a Romanesque cellar, a very beautiful chapterhouse, a parlour and a Gothic-style cloister. The former abbey grounds are also home to the ruins of the old church. Meanwhile, the huge scriptorium was uncovered in 2004 in the course of rescue excavations. The abbey surely has more secrets to reveal! 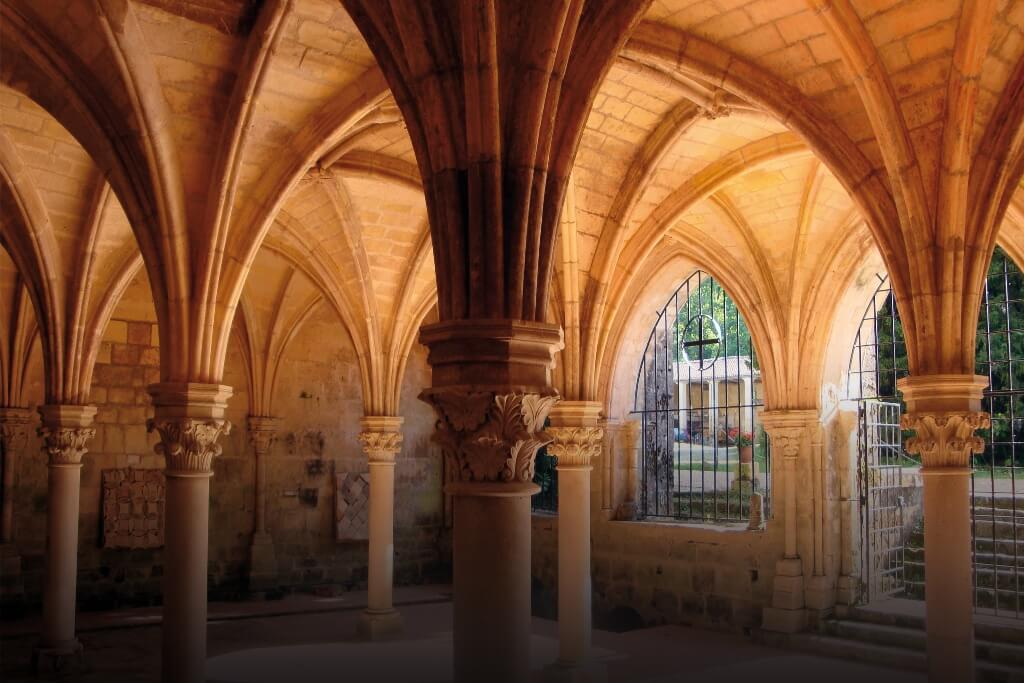 The gardens of the abbey

In the hollow of the valley lies a monastery-style garden. It has been modelled on a design from a 1787 engraving. From here you can enjoy bucolic views over the nearby hills. The ‘Fontaine Douce’ stream runs through the valley, passing under the complex. This only adds to the appeal of the grounds. The water has been channelled and descends via a number of cascades. Then, passes through the abbey’s chapterhouse. It’s undoubtedly one of the stand-out features of the site. This contributes to a sense of peace and quiet – a place to daydream a while. 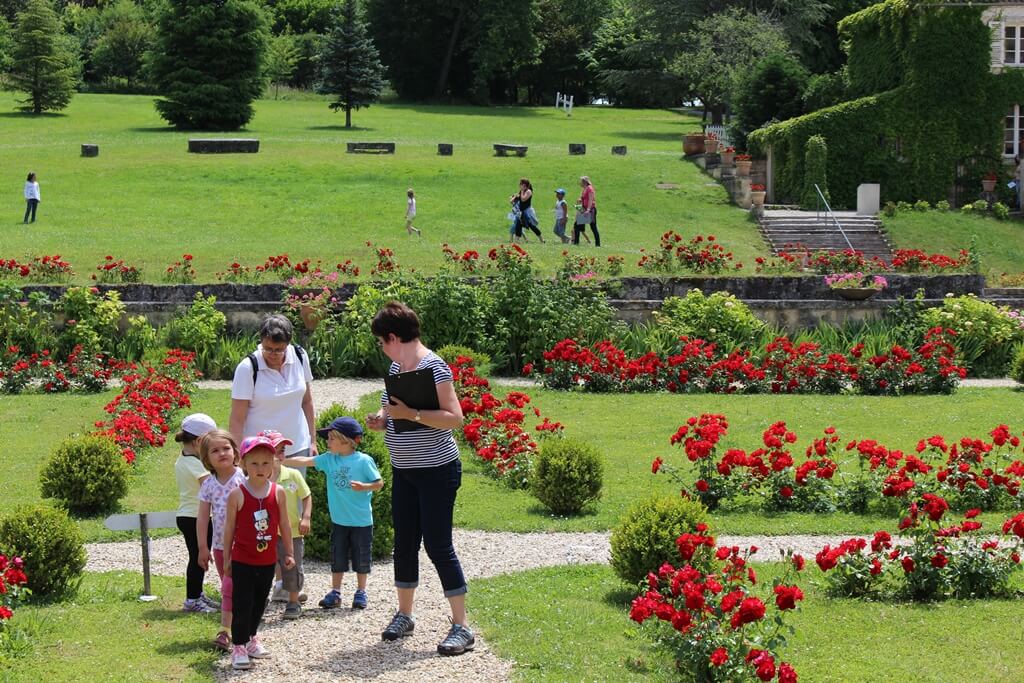 Explore the abbey thanks to treasure hunts for the whole family

We thoroughly recommend you try the three treasure hunts set inside the abbey and the formal gardens in the abbey grounds. There are different fun courses for kids, as well as adults.

On the hunt for the treasures of the abbey

This fun treasure hunt gives your children the chance to spend a little more time looking at the finer details of each of the abbey’s different rooms as they follow the tour route. Children are equipped with a lanyard featuring 15 photographs of the abbey and its grounds. They will really have to focus hard to work out where the photos have been taken. 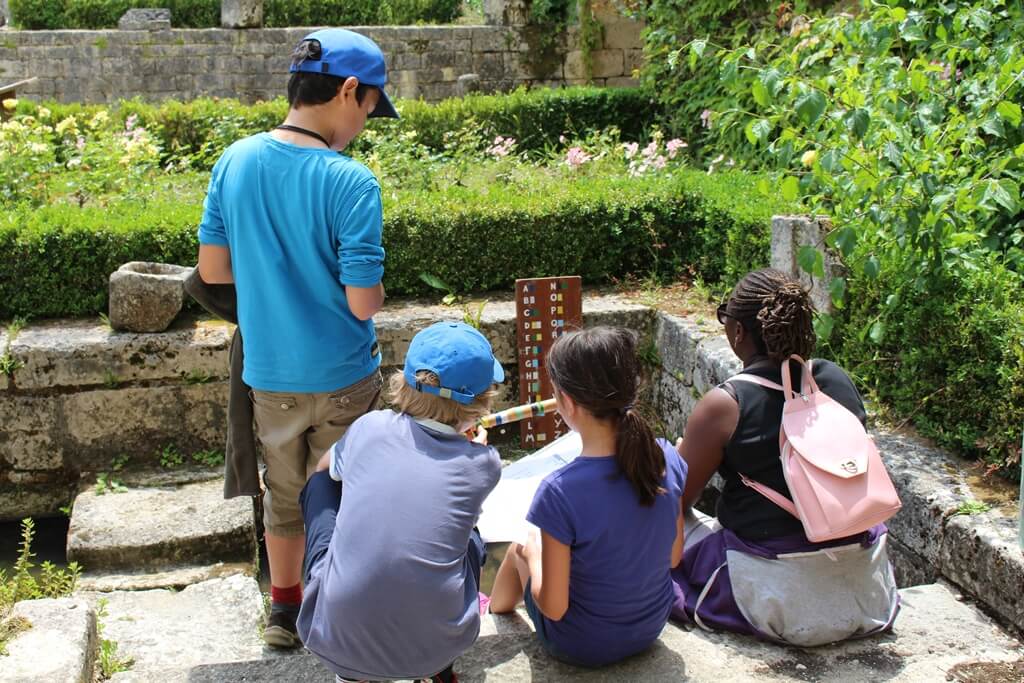 Murder most foul at Fontdouce

We are big fans of this large-scale deduction-style game which whisks visitors back to the 14th century: ‘In 1305, the King of France and the future Pope were due to meet at Fontdouce under conditions of the greatest secrecy. At around the same time, a novice (an apprentice monk) is found dead in the garden…who could have had anything against this young man, who was about to become a monk? What was the motivation behind the crime?’. Participants must find the guilty party from amongst six suspects by finding the clues that are hidden in the abbey’s various rooms. 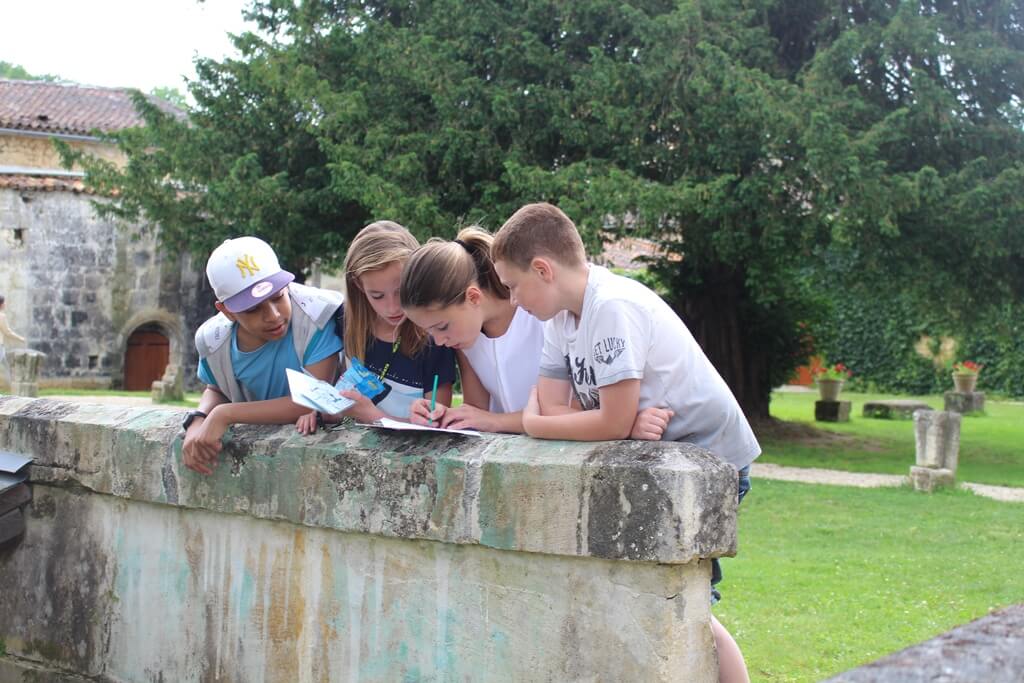 Colourful little pebbles called ‘Naïos’ are mischievous little beings who have wandered into the gardens of the Abbaye de Fontdouce. The challenge is to find as many of them as you can, photographing them and publishing your haul on Facebook! A prize awaits the winner. 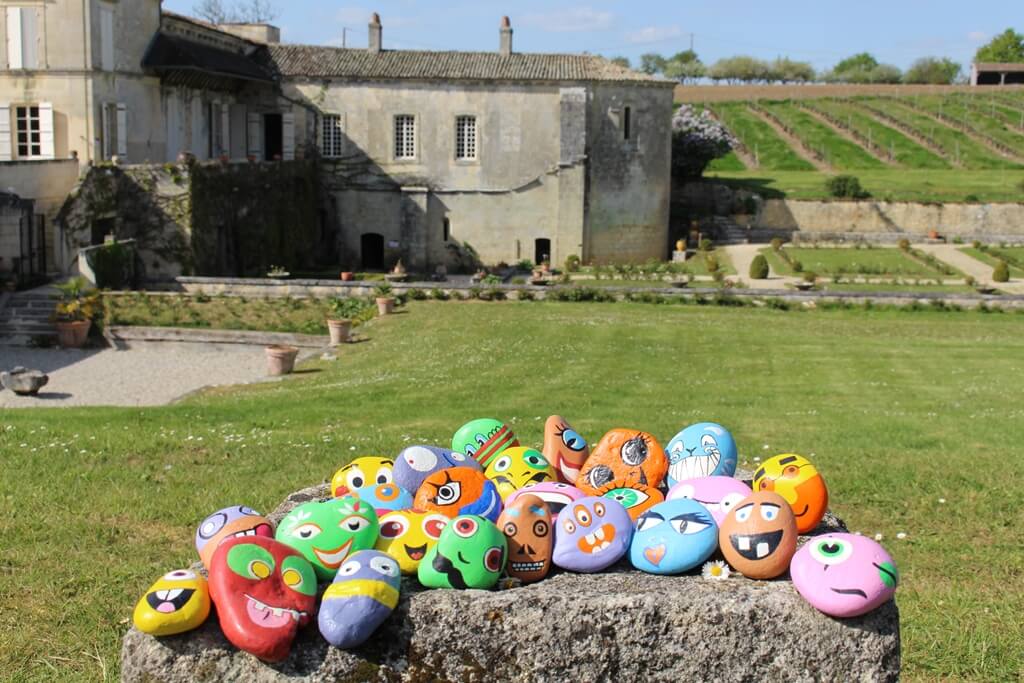 The abbey is set in several hectares of lush grounds. This spacious area has all that’s needed to offer the public a range of leisure and sporting activities, not to mention plenty of room to just unwind in the Fontdouce valley.

A treetop adventure course in Charente-Maritime for the whole family

The Abbaye de Fontdouce outdoor activity centre  has no fewer than 12 treetop courses suitable for a range of ages from 3 years up. Three courses are designed for younger kids (3 to 8), while 9 courses at heights of between 2 and 15 metres above the ground will delight older participants. Two parallel ziplines (200m long) will enable the more daring to do the course as they fly through the air!

Numerous fun activities for all!

There are lots of fun activities available at Fontdouce for anyone wanting to work up a bit more of a sweat: outdoor laser tag or archery tag deep in the woods, water pistol fights or even bubble football! Different themed tablet-based team games set you the task of finding hidden treasure in the forest – as long as you can unravel the riddles!

An outdoor sitting room with its own raised terraces

Want to make the most of the beautiful natural setting of the Fontdouce valley? Well, come and chill out as a family in the abbey grounds’ very own ‘outdoor sitting room’, comprising three raised terraces in the shade of the trees beside a café serving light meals. 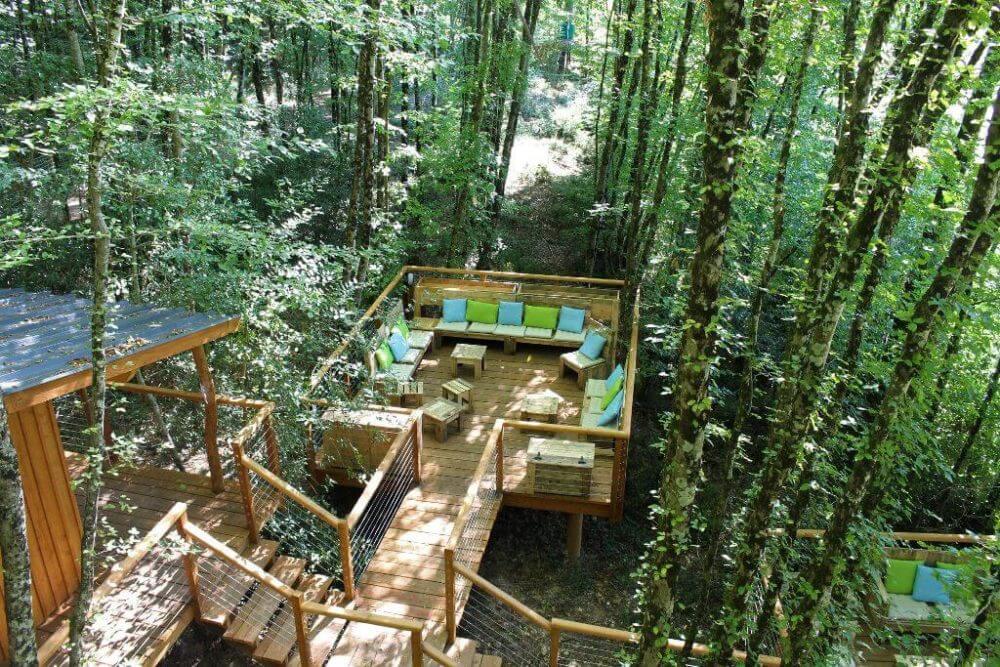